So February's Challenge is just about done over at Gauche Alchemy, but I wanted to share what my entry into the challenge was.  At first I thought it might be a little difficult until a snippet of a song went rolling through my head. 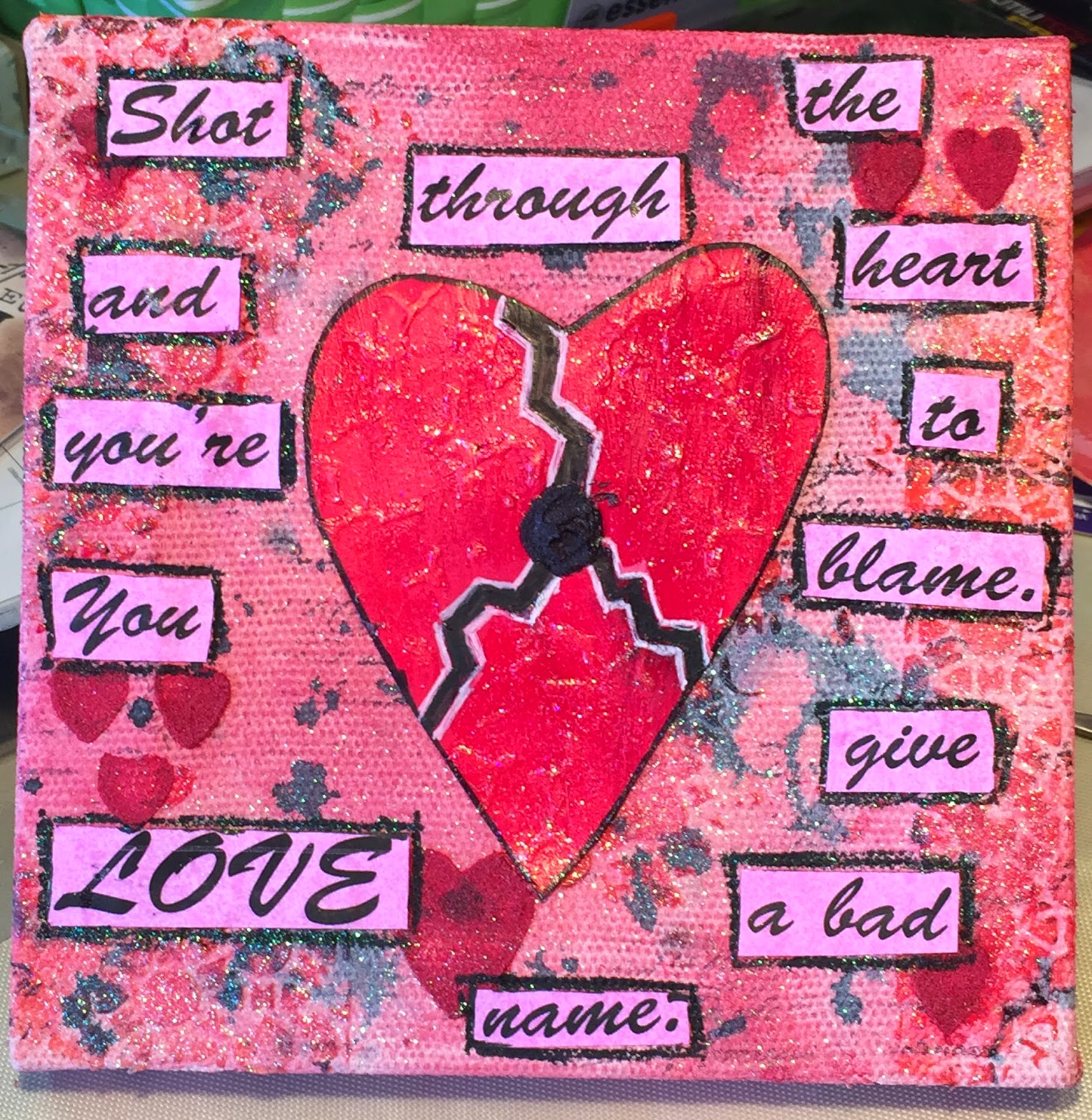 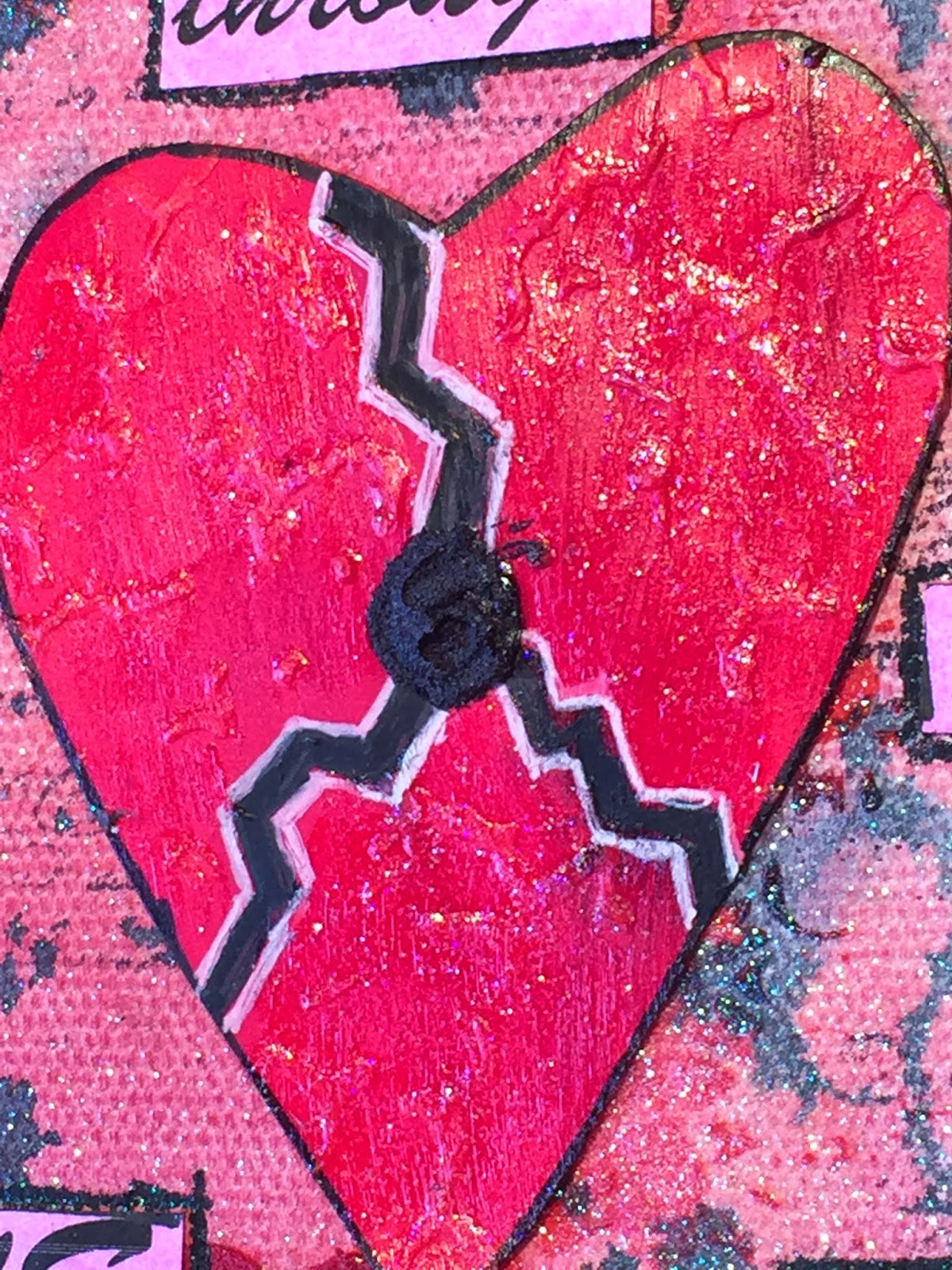 I misted the canvas with several of Art Anthology‘s Colorations mists:  Patience, Heart, Hottie, and Glorious, then flicked Art Anthology Raider Colorations all over the canvas, adding circles with the lid. Next I traced a heart, cut it out, and painted it with Art Anthology Desire Velvet, adding a bullet hole with some Lava Stone Effects and drawing in the cracks with a Micron Pen and Signo White Gel Pen.  Texture was added with more Art Anthology Velvet and their Cracked stencil and since I love glitter, I painted on a later of Art Anthology Splashed Sorbet. 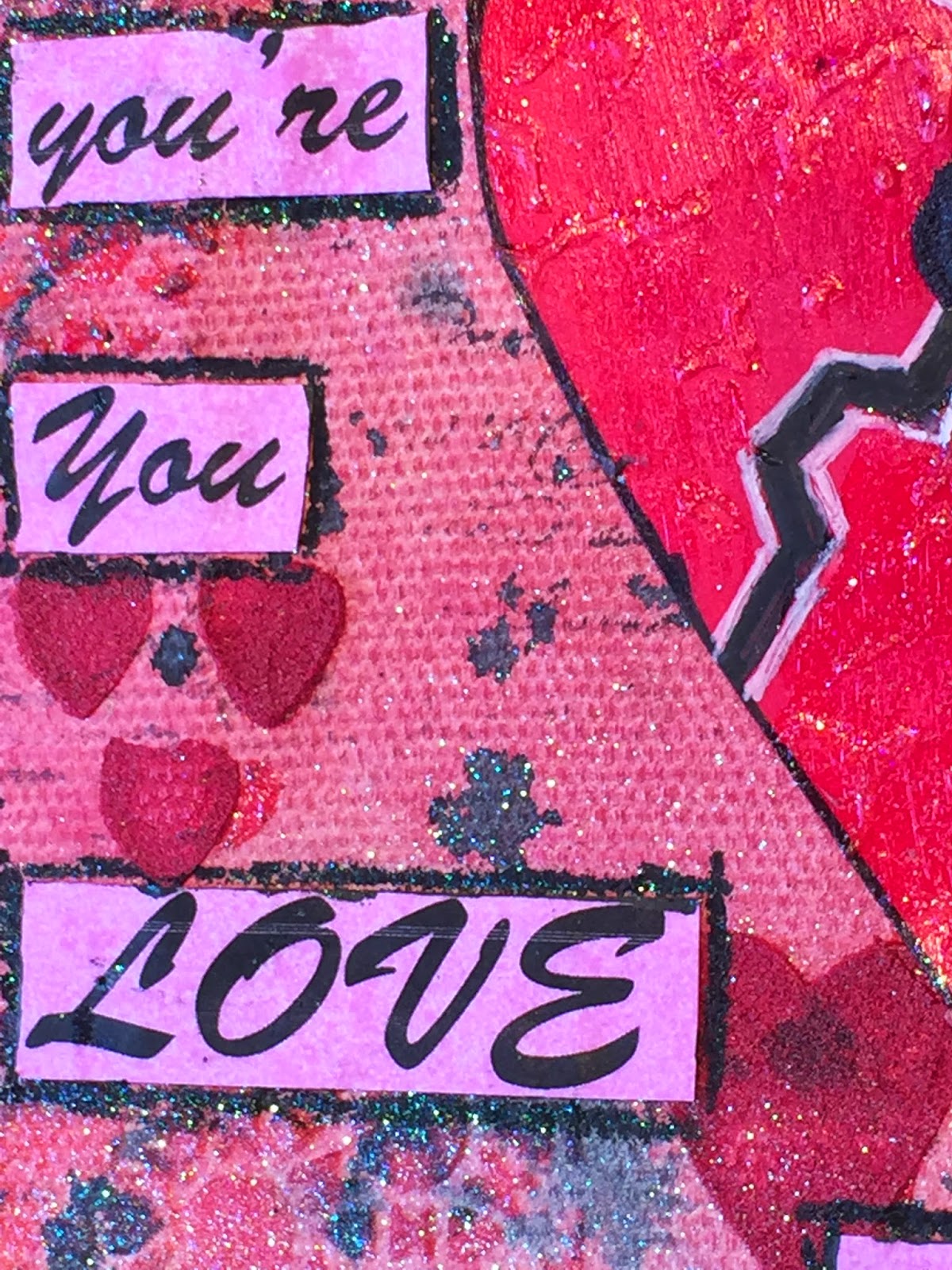 I added more texture with Wendy Vecchi’s Translucent Paste through an Art Anthology’s Retro Tile stencil.  Next I sprinkled the wet paste with Finnabair’s Light Pink Art Sugar so there would be glitter glitter everywhere!  So the saying would have a nice background to it and not be stark white, I sprayed a piece of printer paper with Patience Colorations, let it dry, and then ran it through my ink jet printer.  I cut it out, glued it down, and then outlined each word using a black Micron Pen.  Hearts were added using Brick Stone Effects and Tim Holtz’s Hearts layering stencil.
Well, that’s my little canvas for Gauche Alchemy in a nutshell.  Now I want to see what  YOU can do!  You still have a couple of days to enter!  February Challenge Board
Until later…….

Posted by Tarnished Rose at 6:02 PM