Contrary to all the blog posts you see related to the two companies I design for, I've actually been doing other things.  Like creating items for swaps.

I participate quite frequently in the swaps held by the Yahoo Group Art For The Creative Mind.  I also create swaps for Paper Traders and Pocket Letter Pals (Ning site).  So what have I been up to lately?  Well, let me show you: 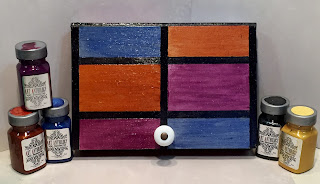 This box was a project I had created for Art Anthology but it was never published.  My term ended before I could get it up (I tend to work ahead).  I now use it to hold Gecko Galz images that I have cut from their collage sheets but not used. 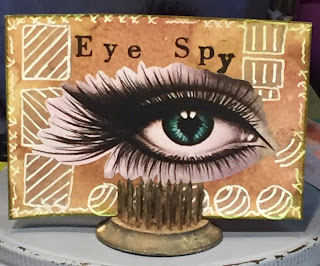 This ATC was created for an AFTCM swap.  The theme was "The Eyes Have It".  I searched the internet until I found an image of an eye I liked, then I did a little doodling on the card itself. 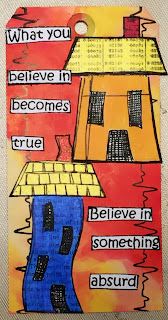 This tag was for another AFTCM swap that dealt with Houses.  I used a couple of Dylusions stamps, a Dylusion sentiment, and of course, Dylusions paints!  I wanted the tag to be really eye-popping bright. 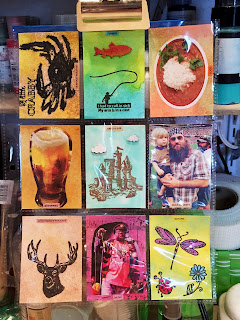 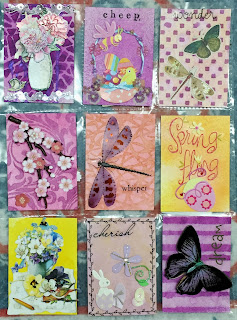 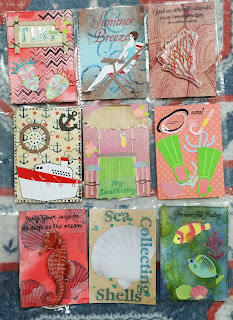 These three pocket letter pages for all created for Pocket Letter Pals swaps.  One wanted a Louisiana theme, one a purple/spring theme, and one was a wide open theme so I chose the ocean.  I like pocket letters quite a bit and am about to get started on another one.

Well, that's just a few of the things I've been up to lately.  More to come!

Marilyn
Posted by Tarnished Rose at 7:00 AM